The Federal government has inaugurated a committee for the accreditation and evaluation of foreign degrees obtained by Nigerians.

Minister of Education Adamu Adamu, disclosed this when he spoke at the 33rd National Standing Committee (NSC) meeting on accreditation and evaluation of foreign qualifications in Abuja on Monday April 9th. 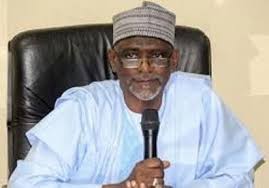 A 16-man committee was constituted at the meeting to evaluate the foreign degrees.

According to the Minister, the committee became necessary following reported cases of fake foreign degrees obtained by Nigerians from sub-standard institutions across the continent. According to preliminary assessment by the Ministry of Education, no fewer than 40,000 Nigerians are either holding or currently studying as undergraduates in various tertiary institutions across some African countries, some of which are either fake or not up to standard.

At the meeting, Adamu said that progress has been made in the areas of non-acceptance of courses of some universities in Africa not accredited as well as non-recognition of some foreign institutions, especially those in Togo, Ghana, Cameron and Republic of Benin.

“There is a need to assess the quality of foreign academic qualifications obtained by Nigerians in order to determine their Nigerian equivalence for the purpose of further studies and employment. The recommendations that will be given by the committee will prove crucial to the well-being and future of those that acquired the qualifications and foreign certificates.” he said

The minister charged members of the inaugurated committee to work assiduously to consider and recommend criteria for the recognition of degrees obtained outside Nigeria.

Established in 1974 when many Nigerians went to Eastern Europe to obtain various degrees and diplomas, the NSC is the highest decision making body on the evaluation of foreign qualifications. 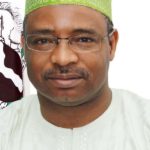