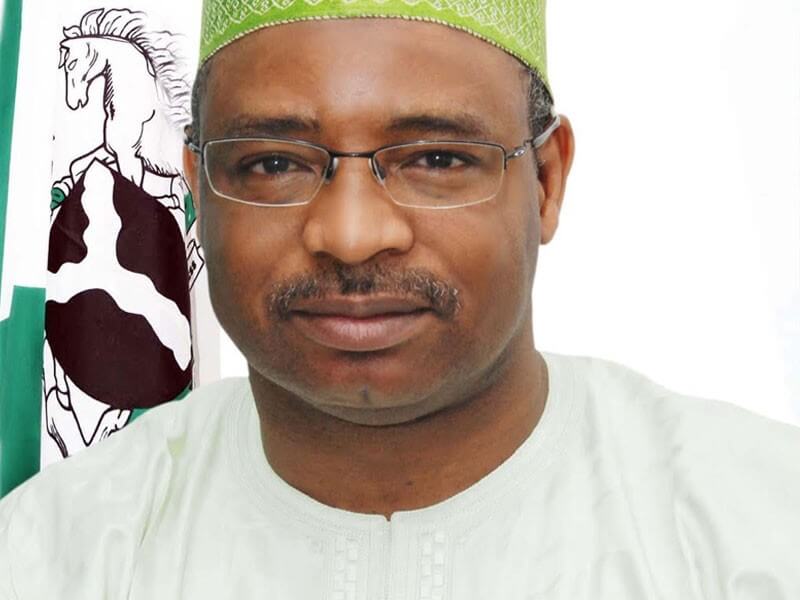 Director-general of the National Identity Management Commission, Aliyu Abubakar Aziz, speaks on the importance of the national identity number and why all Nigerians should enrol in the scheme, in this interview. Emma Okonji provides the excerpts:

Why is NIMC pushing the National Identification Number (NIN) now more than the national ID card itself?

The focus of the National Identity Management Commission (NIMC) for the next three to five years is on the National Identification Number and not on the National e-ID Card. We want to make the NIN understandable, acceptable, applicable and appreciated by Nigerians, as an important and intrinsic aspect of their entire life, rather than a physical card, which can be discarded while the number is for life.

Before now, we were focused on the card but after the country went into recession, we decided to emulate other developed countries like the United States, which issues the Social Security Number; the United Kingdom, with the National Insurance Number; and India where they recently enrolled about 1.4 billion people and issued them the Aadhaar. In all these cases, the emphasis – or perhaps I should say the only thing in focus, is the number.

However, this does not mean that we won’t issue the cards, because it is there in our Act (NIMC Act, 2007), that we should issue a general multipurpose card to all registered Nigerians. Therefore, we recently gazetted some regulations that will ensure participation of private partners in the card personalisation services in order to handle the printing of the outstanding cards, but funding is a challenge.

Also, the intention of the Commission is to develop the identity ecosystem with all data-collecting government agencies and licenced private agencies, in order to capture additional 50 million records by the end of 2018.

What advantages does having the NIN confer on a citizen?

The NIN bequeaths citizens with a lot of privileges and benefits. Like most modern economies where the national identity number is a national token that gives citizens access to government social interventions, the NIN also grants citizens certain rights as regards financial access, credit facilities, among others. Mind you, in the case of the US, UK and India that i mentioned earlier, like other advanced economies, a citizen can’t access any social services such as health, insurance and so on, without the requisite social security number. The number is indispensable.

It also enhances the work of law enforcement agencies like public safety, policing, national security and border protection, and eliminates ghost and multiple identities. It also enhances the ability of citizens to assert their identity, have access to credit from financial institutions, protects citizens from identity theft – an antidote to identity theft driven frauds, which expands access to other financial services including insurance.

The NIN enhances e-commerce by providing a means of payment as it is a tool for non-repudiation and security for financial transactions. It facilitates financial inclusion, hence the advancement of a cashless economy.

In security circles, the NIN is an important tool for the fight against corruption and terrorism; and finally helps launder Nigeria’s image abroad, among many others. So, you can see that the NIN is multifaceted in utility.

What role does NIN play in Nigeria’s security system?

With the NIN, all citizens enjoy a “one-person-one-identity”, which allows the government to search for an individual and all of his/her details either for planning and or for security purposes.

Government can query the database to ascertain how many unemployed individuals are in the system at Federal and State levels, the genders of those individuals, their occupation, skillset, age bracket, location, among others. This will assist in planning for resources and benefit administration. As you know President Muhammadu Buhari has just signed the 2018 Appropriation Bill into Law; the NIN is a very useful and powerful instrument in assisting the governments at all levels to budget appropriately for the citizenry, in the proper and effective allocation and spread of scarce resources.

On security, the relevant government security agencies are part of the National Identity Management System (NIMS) project from inception and have access to query the system using biometrics to confirm individual’s identity.

Therefore, as soon as the National Identity Database is fully populated, all federal, state, and local government agencies as well as the private sectors can access the verification platform of the Commission, for different purposes, depending on the level of access granted to them by NIMC.

With the 2019 general elections around the corner, how useful will NIN be to the Independent National Electoral Commission (INEC) and the electorates?

As I said earlier, we are still harmonising data with all data-collecting government agencies, as well as concluding plans to start the ecosystem approach, which will see all government agencies and some licenced private sector companies collecting data and sending to NIMC as the sole repository of biometric data. This is expected to shoot up the record in the NIMC database by a huge percentage. Once we have a good figure, then INEC can leverage on the NIMC database for electoral purposes. The plans already on ground for this year include accelerated deployment of enrolment centres in all local government areas across the 36 states and the federal capital territory, and enrolment of all Nigerians and legal residents including children. Perhaps you know that children from birth can now be enrolled; this is a point that Nigerians should be aware of, especially with several babies being born across the country daily. Parents will do well to avail the new-borns this window of enrolment opportunity that is now uniquely available.

What are those social services that the NIN has become mandatory for?

Pursuant to section 27 (1) and (2) of the NIMC Act, 2007, transactions including, applications for, and issuance of an international passport; opening of individual and/or group bank accounts, all consumer credits; purchase of insurance policies; the purchase, transfer and registration of land by any individual; National Health Insurance Scheme, such transactions that have social security implications, registration of voters, payment of taxes, and pensions, among others, will be done with the NIN. With the recent gazette and publication of the mandatory use of the National Identification Number Regulations, 2017, the Commission will on a later date, begin enforcement of the NIN for these transactions and more. Our advice to Nigerians is: do not wait till you have to, go out there and be enrolled before you have to through enforcement, because then you will have to experience crowd and delays.

NIMC has enrolled just 30 million Nigerians so far. With a population of over 180 million, what is NIMC doing to fast-track enrolment?

We currently have about 30.5 million data in the database with the figures growing daily. The gradual acceptance of the NIN as a means of identification by our partners and stakeholders is also driving up the numbers by the day. For example, organisations like the Federal Road Safety Corps (FRSC), Nigerian Immigration Service (NIS), National Hajj Commission of Nigeria (NAHCON), Federal Capital Territory Administration (FCTA), among others, have all made the NIN a mandatory requirement for service delivery. Others are expected to follow suit.

On our part however, we have commenced aggressive and massive awareness campaign in all the states and the FCT to mobilise people for enrolment. We are also working closely with the National Orientation Agency (NOA), the Federal Radio Corporation of Nigeria (FRCN) and other media partners with a special target on the grassroots, and it will continue for a long time, particularly with the ecosystem approach being canvassed by the World Bank and its allies. Also, we have the mobile enrolment equipment which goes to some of the riverine and difficult terrains in the grassroots areas; and a good number will be rolled out by the end of this year.

Yes, of course. However, enrolment of eligible citizens and legal residents into the National Identity Database (NIDB) is an on-going and continues process. In other words, there is no limited or specific time frame for all citizens to be enrolled and issued the NIN, because even after enrolling all citizens, there will always be new ones such as new born babies.

According to a recent World Bank report, Nigeria adds seven million into the population every year; that is the size of Rwanda as a country. This means that there will always be enrolment year in, year out. So, it is a continuous exercise and the Commission is poised to carry out its mandate to the letter.

NIMC, by design has offices in all the 774 Local Government Areas (LGAs) and maintains active presence with enrolment centres in over 930 locations across these LGAs. More so, we are working to open more enrolment centres and take enrolment closer to the people, especially the grassroots.

What likely challenges could delay enrolment of those yet to be registered in the country?

Well, the cynicism from the experience of the past was and is still a big challenge. However, we are gradually moving away from that problem as more Nigerians understand the difference between card issuance and identity management. Secondly, the high cost of opening and managing the enrolment centre because of needed stable power supply, active internet connection, low morale on the part of staff because of poor salary structure, the ‘expectation gap’ of ‘card issuance’, are other challenges. However, we are slowly moving past these challenges as we ramp up more data into the database.

As citizens, what is the responsibility of Nigerians in ensuring they get enrolled?

It is a national call to enrol and all Nigerians are obliged to respond. The government has provided the opportunity through the NIMC platform for enrolling into the national identity database, to make life better in a modern, well managed and planned manner. The NIN gives the citizens that assurance. So, if the government has done so much through NIMC and all that the citizens are required to do is to go out and answer the national call, does anyone have any excuse not to answer the clarion call?